Small Island Developing States (SIDS) are islands of the Caribbean Sea and the Atlantic, Indian and Pacific Oceans.

The UNESCO World Heritage Programme for Small Island Developing States coordinates and develops activities in these areas, providing support for the preparation of new nominations to the World Heritage List, and conservation and management assistance for sites inscribed on the List with a view to sustainable development.

These island states are spread through the oceans of the world, and not all are commonly known. Many of them attest to striking geological processes and a number bear the meaningful footprints of significant events such as colonization and sometimes of great crimes, slavery in particular, that should not be passed over in silence. Nor should we forget the great epic of transpacific migration that populated that ocean’s islands: this extraordinary and still insufficiently documented story is surely foremost among the memorable events which marked that part of the world.

The SIDS were recognized as a distinct group of developing countries in June 1992, at the United Nations Conference on Environment and Development, and have since become a point of focus for World Heritage identification and protection. The present issue of World Heritage is devoted specifically to this subject, with articles touching upon countries of this group which now have sites listed as World Heritage. Among them, Mauritius now has two World Heritage sites, the most recently listed (in 2008) being Le Morne Cultural Landscape, which commemorates the island’s founding experience of slavery. Le Morne Mountain is in fact a vestige of an extinct volcano surmounted by the impressive, solidified remains of the lava plug, which once served as a refuge to runaway slaves, known as Maroons. The site thus commemorates resistance to slavery on the island, asserting the dignity of the enslaved. The other site, listed in 2006, commemorates the hundreds of thousands of indentured workers who flocked to Mauritius when slavery was prohibited. The modest vestige commemorating this practice includes what remains of the buildings known as Aapravasi Ghat, through which newcomers to the island had to pass on arrival.

Rock Islands Southern Lagoon of the island state of Palau, listed in 2012, contains important traces of human occupation reaching back 3,000 years, and thus provide significant evidence touching upon the transpacific migration which set out from Southern China some 8,000 years ago. At over 400,000 km2, Phoenix Islands Protected Area in Kiribati is the largest designated Marine Protected Area in the world, with over 800 species of fauna, and Historic Bridgetown and its Garrison in Barbados, with its historic architecture from the 17th, 18th and 19th centuries, testifies to the spread of the British colonial empire in the Atlantic. We are pleased to introduce these little-known treasures and the challenges of protecting them. Much remains to be done to identify Outstanding Universal Value on these islands, and the more we know about them, the more we can all contribute to their preservation. 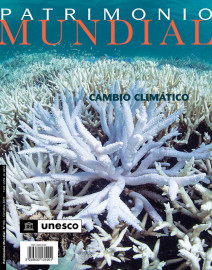 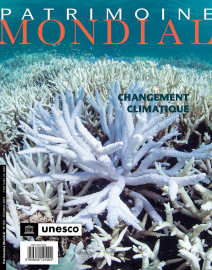