It is thought that Laos is home to no fewer than forty-seven ethnic groups. The Lao, who live in the plains, form half the country's population thereby constituting the country's predominant culture. Laos is also home, however, to many mountain minorities that live with their own languages, beliefs and aesthetic traditions. A large number of these local cultures, some of them of great antiquity, have managed to survive in spite of the ups and downs of regional history. None the less, this exceptional cultural diversity, which forms part of the rich national heritage of Laos, is currently under threat--in particular the intangible heritage of the oral, gestural, musical and ritual kind that relies entirely on memory. 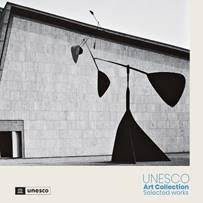 UNESCO Art Collection Selected works
COMING SOON UNESCO has established, since its creation in Paris, a notable and diverse collection of artworks. The works currently exhibited in the UNESCO buildings bear witness to the richness of...
Contact